Today I'm going to be showing you something very special.

Today I'm going to be showing you how to run Facebook video ads so that you can grow your company and build authority in your marketplace, at the same time. 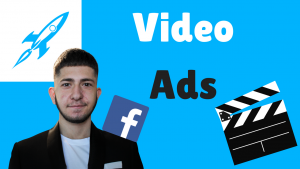 My name is Volkan Durgac. I'm the founder of RevenueTakeOff.com

The aim of our content is to expose the secrets of the world's greatest marketers, and share them with you.

Okay, let's get straight into it.

Today, I'm going to be talking about how you can use Facebook video ads to grow your business and build authority at the same time.

So why do most people fail with Facebook ads?

The reason why most people fail is because they're impatient.

It's really that simple. They want to get the sale as quickly as possible, but by doing that and by approaching it in that way, they're leaving tons and tons of money on the table.

Let me show you a perfect example of what I mean.

For example, ecommerce, whether it's a big company or whether it's somebody drop shipping products from China, I've seen it all.

What most people will do, is they'll run a Facebook ad straight to the product page. 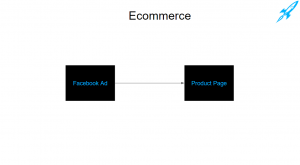 Bear in mind, this Facebook ad isn't even targeting a custom audience, and is not targeting an audience that has seen you before, and has never seen your brand or business before.

They target a cold audience on a Facebook ad and send them to a landing page where they expect them to buy.

Look, this does work, I'm not saying it doesn't work.

But let's say you're able to get the conversion rate up to four or five percent, which by the way is massively high for cold traffic.

But let's say over 100 people that see your product page, five people buy. What happens to rest of the 95%? They have now slipped away. And most people who run these ads don't even use retargeting. So, do you see how much money is being left on the table?

Let me give you another example just to show you.

Online products. Let's say you're selling an online product and you want to get a cold audience to sign up for a webinar. 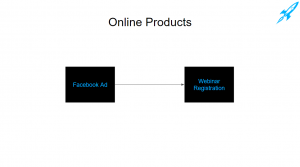 Webinars have been around for a few, scratch that, way more than a few years now and people are becoming very much aware of what webinars are, a lot of people nowadays go onto a webinar expecting to be sold something.

So if you're targeting a cold audience and you want them to commit to joining a webinar, think about the number of people who see their ads and just completely skip past it because they're like, "Nope, it's a webinar. They just want to sell me something."

That well being said, let's now move on to how you can win.

So you might be wondering, how do you build compliance?

So if time equals money, then time also equals compliance.

So how do you build trust?

Chances are, that person is your best friend because you spend the most amount of time with them, and/or you've shared the most number of experiences with them.

I'm glad you asked that question because I'm about to give you the answer.

So watching your video, for somebody to watch your video, they are spending their time. Now if you remember about a minute ago or so, I mentioned that time equals compliance.

So if somebody is giving you their time by watching your video, you're building compliance.

The first time somebody comes across you or your company, they don't trust you because they don't know you.

The first time you meet somebody in person, you don't automatically become best friends. It doesn't happen. You might get along with the person and then you spend more time with them and gradually, you build up that friendship.

This is the main reason why companies like McDonald's, and Sony, and Apple, and Samsung, just some of the biggest companies in the world, this is the reason why they spend so much money on pointless television ads because they think it works.

They spend so much money on those outdated platforms when they could be getting a much better return on their investment online.

Their intention is good, it's just that they’re spending money on the wrong platform.

But the intention behind it is to get in front of people as many times as possible and ingrain their brand into that person's brain. And there's nothing stopping you from doing exactly the same thing with Facebook video ads.

So let's go back to the ecommerce example.

You run a Facebook ad, you send them straight to a product page. This model is flawed.

You're leaving tons and tons of money on the table. I'm not saying it doesn't work. It clearly does work.

There's people making money from this right now. But why would you make money from the 5% when you could capture 10%, or 25%, or 30%, or 40%? You get the point. Why would you want to leave all that money on the table? It makes no sense. 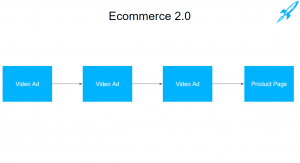 This is the new model. This model can be used on a cold audience and turn them into a hot, piping hot, straight out of the oven audience.

It doesn't have to be three videos, it can be one.

To be honest in most cases, three videos would be overkill. You can get away with one or two.

If you create a video around your product and that video is intriguing, and that video has the potential to go viral, you're building a list of people who are watching your videos, who you can then retarget for a very, very cheap amount on Facebook, and then you can try and sell them your product.

Same for of online products. 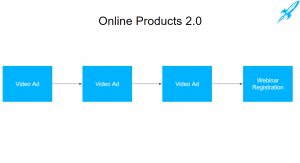 Rather than running it straight from a Facebook ad to a webinar registration, Why don't you give them some value upfront?

Put it out there. Let the people who want to see your content, watch that video, and then you can retarget those people and then get them to sign up to the webinar. Because if you give so much value in that first initial meeting, that first initial video, they're going to be thinking, "Wow, if this person or this company can provide this much value for free, I wonder what they can do if I actually pay them."

So how do you make this work?

This is the specifics. This right here is the value video funnel. 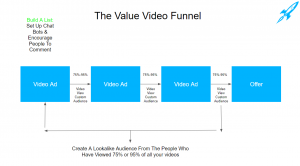 What I'm saying is rather than going straight for sale, try and build a relationship first, try and add value first.

So how does this work specifically?

Video number one is the first introduction. If you're targeting a cold audience, this is the first time they ever see you or your brand.

So, the first video.

When people watch 75% or 95% of that video, how likely or how interested do you think they are in what you have to say?

So what you can do is you can create a custom audience, of people who watch your video either at 75% or maybe 95%, depends on how much you want to filter out your target audience.

If you want piping hot leads, then 95% is the best way to go. If you're just starting the ads, then stick with 75% just to build up the numbers.

Let’s say they make it to the end of the funnel, bearing in mind to get to that point, they've seen all three of your videos and watched at least 75%, how likely do you think they are to take you up on your offer and buy what you're selling?

It's a no brainer.

Also, what you can do as well is if people do fall off at the end when you present your offer and they don't buy even after all the videos, you can then retarget them again with maybe something that's a bit more upfront, a bit more salesy.

This is so, so valuable.

I hope you enjoyed this article. I hope you have seen the potential in this. I hope that a few light bulbs have gone off, and I hope you implement it and have massive success with it.

Once again, my name is Volkan Durgac, the founder of RevenueTakeOff.com, I hope you got a lot of value out of this. I’ll see you on the next blog post.